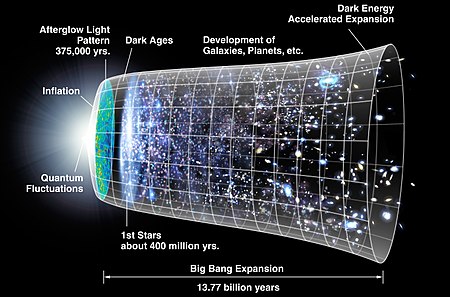 I had an awesome crackpot metaphysics idea last night that was too good not to share. Come with me on this journey.

Why might this be plausible? Maybe the universe simulator takes longer to process particles that are interacting.

What constitutes an interaction? Like everything here I’m just speculating. Perhaps photons emitted by each particle have a probability wave function that wash over neighboring particles. Closer particles would be considered more strongly interacting. Forces like electromagnetism that can act at a distance would also qualify.

Time is a kind of weird idea that doesn’t fit into most of physics - Maybe it just doesn’t exist and is a byproduct of the simulator performance.

For example the simulator might be stuck in fast-forward trying to get to a specific instant as fast as possible, and it’s taking shortcuts where it can when things aren’t interacting.

We perceive this as time dilation, but time doesn’t exist it’s just the simulator trying to be efficient.

Now let’s get into some WILD SPECULATION.

Why do our interstellar probes unexpectedly pick up speed?⌗

When our probes escape the heliosphere they stop interacting with the Sun that we’re observing, so time for the probes relative to us seems to be moving faster. In other words the probes aren’t moving faster, they’re still going the same speed in their own frame of reference.

Universe is expanding faster than the speed of light⌗

Distant parts of the universe do not interact with us, so they’re moving faster than expected.

Why do you need a Big Bang when it could just be uniform everywhere but just distant and simulating faster from our perspective.

Let’s try to apply it to another universal mystery…

There are lots of obstructions preventing photons from distant stars from reaching us. Gas clouds, black holes, planets, and so on. When observations are not possible, relative time moves faster, causing galaxies to spin faster especially towards the outside.

You don’t need to invent a new type of matter when there’s a simple explanation.

What if gravity itself is just a byproduct of this same time effect? Objects farther apart move faster in time relative to eachother, which is exactly how gravity seems to affect us. More massive objects with more particles cause a greater time drag on particles near them.

But why stop there? Time is everywhere.

Maybe solid matter is so intensely interacting that it actually slows down in time to a crawl and sticks together. Rocks and gems kind of look stopped in time. What if they are? Put your head IN THE ROCK and BECOME THE ROCK. To particles in the rock, they’re moving relative to eachother at a normal speed with their rock buddies, but the world is moving super fast around them.

Whew that one was too real let’s escape back to the theoretical.

Since we cannot see beyond the event horizon of a black hole, everything inside is settling into its final configuration extremely fast. Within the blackhole, things move at normal speed.

Hm now how could we take advantage of this for our own uses if it were true?

Time flies when we’re having fun⌗

Perhaps because we’re not paying attention.

What if what we choose to focus on as people causes our minds to become entangled with what we’re seeing, slowing down and being slowed down together, while the world seems to slip by faster.

Maybe that clock illusion where the first tick of a clock takes longer, when we start watching it, is part of reality rather than our minds. ;)